Milwaukee, W.I. ~ Last season the Brewers were able to stay right in the playoff race due to their excellent pitching. One of their best pitchers Zach Davies, a starter,  was no different than excellent. He finished the season second in National League wins with 17. Davies ERA 3.90 through 191.1 innings pitched. Through the course of the season, Davies showed people that he’s a legit MLB starter and carried the workload in the second half.

In his two full Major League seasons Davies started off the season poorly both years. This year he struggled enormously right off the bat as he couldn’t locate his pitches, which led to big hits and walks.

Davies’ first three starts of the campaign were actually his worst. He started the second game of the season, but exited after 4.1 innings allowing six runs, from a barricade of nine hits and four walks. The righty’s next start didn’t go as planned either. At home against the Chicago Cubs, he gave up five runs through five innings. Davies made a little progress in Cincinnati his next game and after that he was on fire, the guy he was hyped to be coming into the season.

For the rest of the season his ERA was 3.41 and the Brewers won 19 games when he started. He had the occasional bad start but that happens to every pitcher to pitch in the Major League not named Clayton Kershaw.

Davies had almost the same walk rate and strikeout rate before and after the All Star Break, but he fixed his major flaw – allowing the homerun. In the first half of the season, Davies gave up 20 homeruns, about 1.5 a start, but he only allowed five post- All Star Break.

When Chase Anderson on the DL mid summer and Jimmy Nelson lost for the season in early September, Davies carried the workload for the second half and allowed them to remain tight in the playoff race. 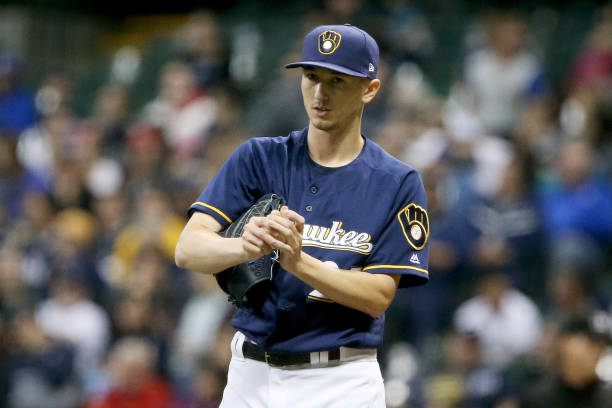