Wisconsin picks up vicotry over Minnesota on Senior Night

Madison, WI ~ The Wisconsin Badgers finally showed up to play basketball Sunday night at the Kohl Center in Madison, WI on Senior Night. Hopefully the Badgers put their late season slump behind them after a dominant 66-49 victory over the Minnesota Golden Gophers. Wisconsin ends the season with a 23-8 record while going 12-6 in Big Ten play. The Badgers clinched the 2 seed in the Big Ten tournament and will get two byes before they play.

Wisconsin’s offense was lights out as they shot 44  percent from the field and 55 percent from three-point range.  But the defense was the real factor in Wisconsin’s win over Minnesota. The Badgers limited the Gophers, a team who averages 76.5 points per game, to only 49 and a mere 20 in he second half.

Bronson Koenig’s team high 17 points, including three three-pointers in a row to put the game out of hand, helped Wisconsin, snap Minnesota’s 8 game winning streak. Nigel Hayes scored 12 points despite a 1-5 outing at the free-throw line. Zak Showalter played tremendous defense and scored 12 points of his own.

The first half was sloppy for both teams.  After a mild offensive start both teams couldn’t make a shot. Wisconsin went 2-14 over a stretch of 8 minutes and Minnesota committed 8 turnovers. However in the last 6 minutes the Badgers more than doubled there score, making it 29-27 Gophers at half time.

In the second half Wisconsin’s offense lit on fire, starting with Bronson Koening’s three-pointer on their second possession.  All of a sudden Wisconsin couldn’t stop hitting the three-ball. Nigel Hayes got a pass from Ethan Happ and hit a three. A minute and a half late Zak Showalter hit one from the same spot, causing Minnesota coach Richard Pitino to call a timeout. That didn’t work though as Wisconsin continued there 18-2 run over 5 and a half minutes. The Badgers had a 48-35 lead with 11:40 remaining.

Minnesota climbed back within 6 but then Koenig it three threes in a row. For the first one Hayes set a screen at the top of they key and Koenig fired and hit. The same thing happened again. Then with a minute left Koenig hit another three.

Then Greg Gard subbed his four seniors out and got a standing ovation. 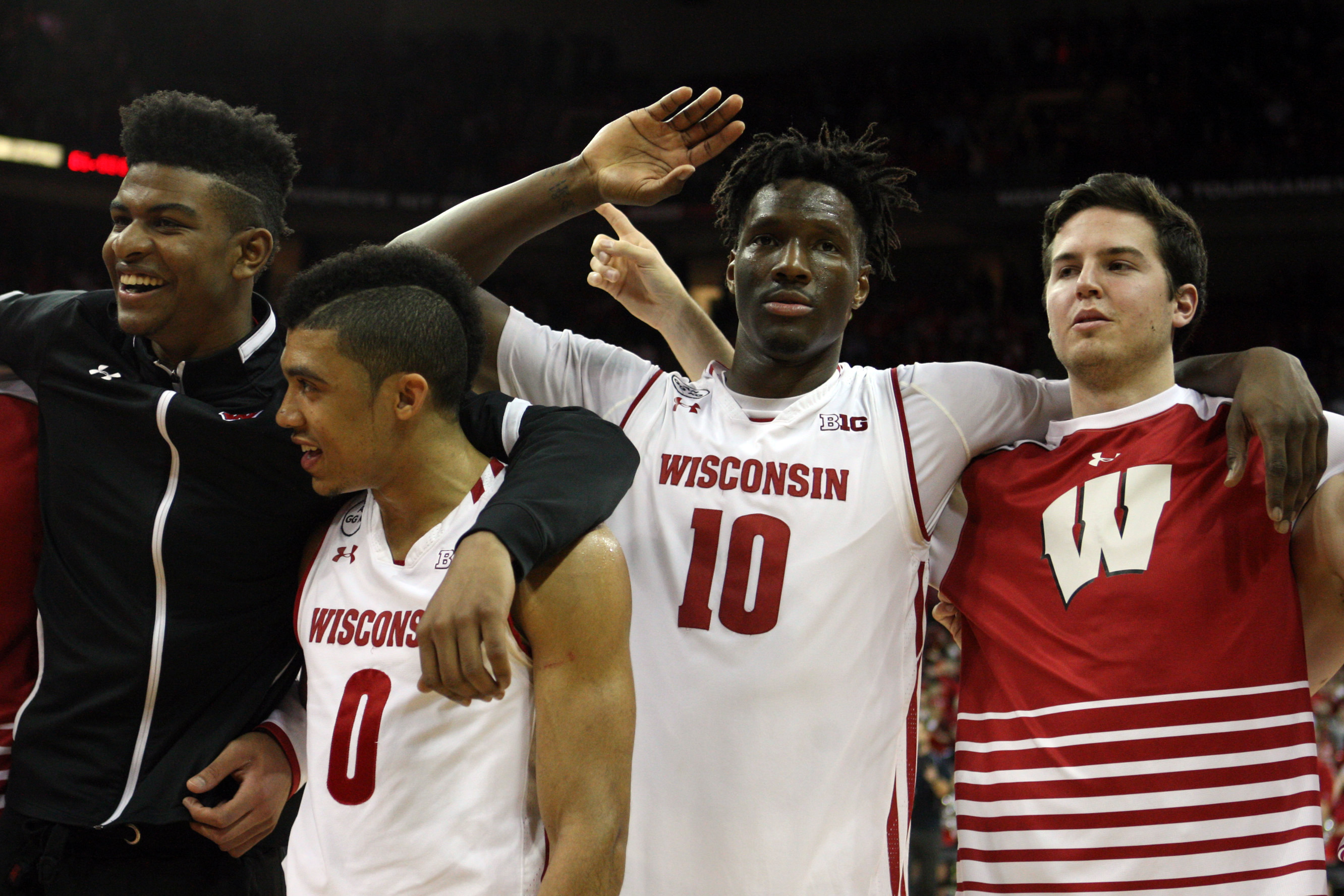