Wisconsin Beats Maryland; gets back on track.

Madison, WI ~ The No. 11 Wisconsin Badgers took down the No. 23 Maryland Terrapins in a tale of two halves Sunday at the Kohl Center in Madison, Wisconsin. In first half  the Badgers shot only 28 percent, trailed by 6 and looked totally lost offensively. But in the second half, Wisconsin scored 17 points right away to erase the deficit  and shot 51 percent from the field.

Wisconsin snapped a two game losing streak that involved losses to Northwestern and Michigan in a stretch in which Bronson Koenig was injured.  The two losses dropped Wisconsin back to second in the Big Ten, tied with Maryland and behind Purdue.

The Badgers looked as lost as they were in stretches against Northwestern and Purdue and even though they got Maryland into foul trouble they still shot only 28 percent while mostly shooting bricks from the free throw line. Wisconsin couldn’t stop star point guard Melo Trimble as he racked up 15 points in the first half. The Badgers couldn’t catch a break when freshman Brevin Pritzl’s buzzer beater at the end of the half didn’t count because of shot clock violation. 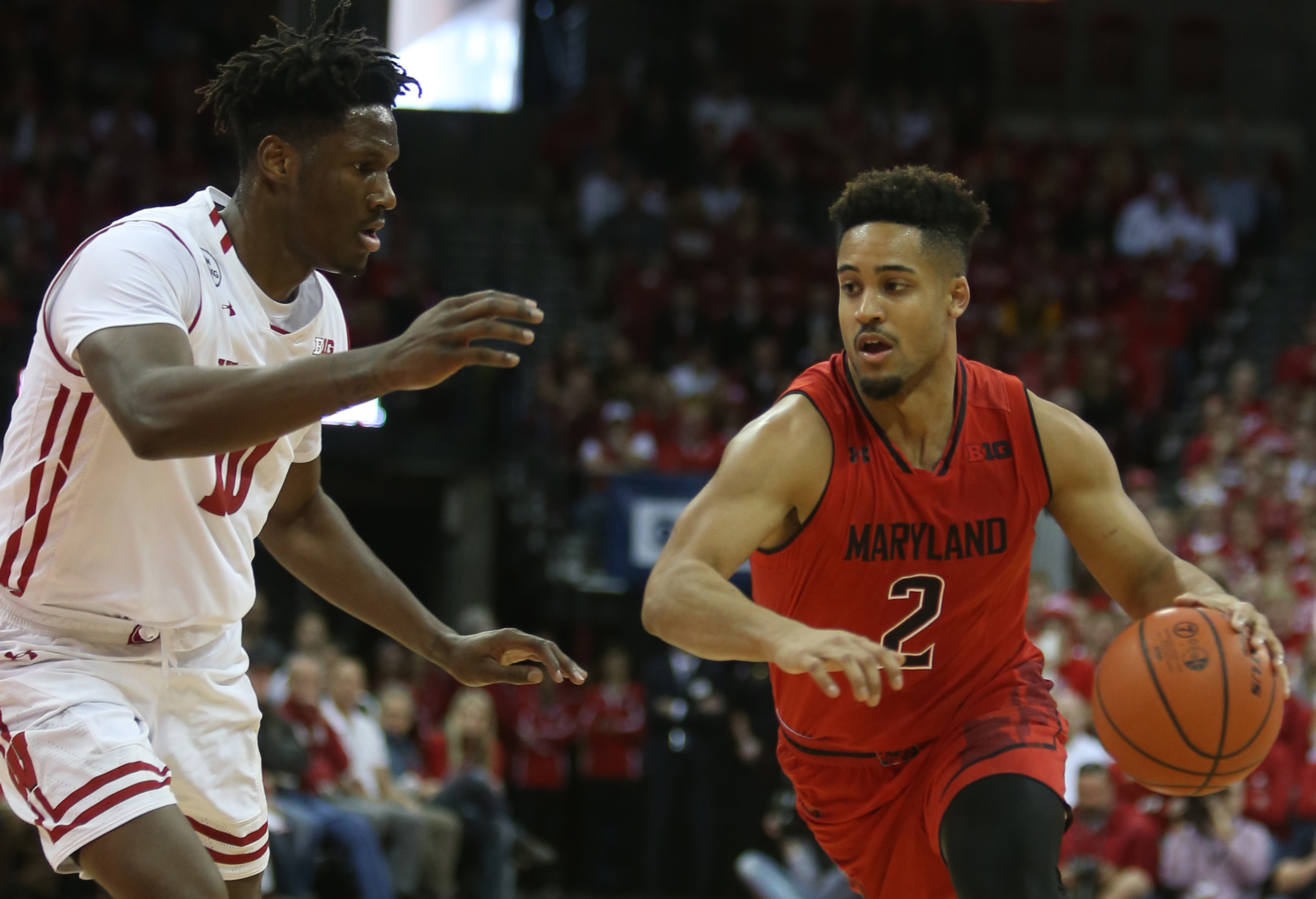